Advanced Intelligence is at the heart of a Fastlane system is a multi-infrared beam matrix coupled with a custom designed microprocessor using a neural network to run an opinion forming “entity management” system.

This advanced intelligence technology allows the system to operate more safely as it forms an opinion as to whether the barriers’ can safely be closed based upon knowing where the people are in the lane, how big they are and how fast they are moving in relation to the barrier’s position; this reduces the chance of a collision between the users and the barriers and it has the added benefit that the barriers can close more tightly behind authorised users thereby closing the lane to unauthorised users.

Another advantage of being able to track multiple entities in the lane is that the system does not have to wait for one authorised user to pass through the lane before a second authorised person can begin to be processed. This generates much faster throughput rates.

Finally, if additional beam breaks occur whilst an entity is in the lane the system decides whether they are associated with existing entities in the lane or represent new ones entering the lane. This results in many fewer false activation’s from umbrellas, briefcases, coats etc. 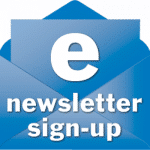